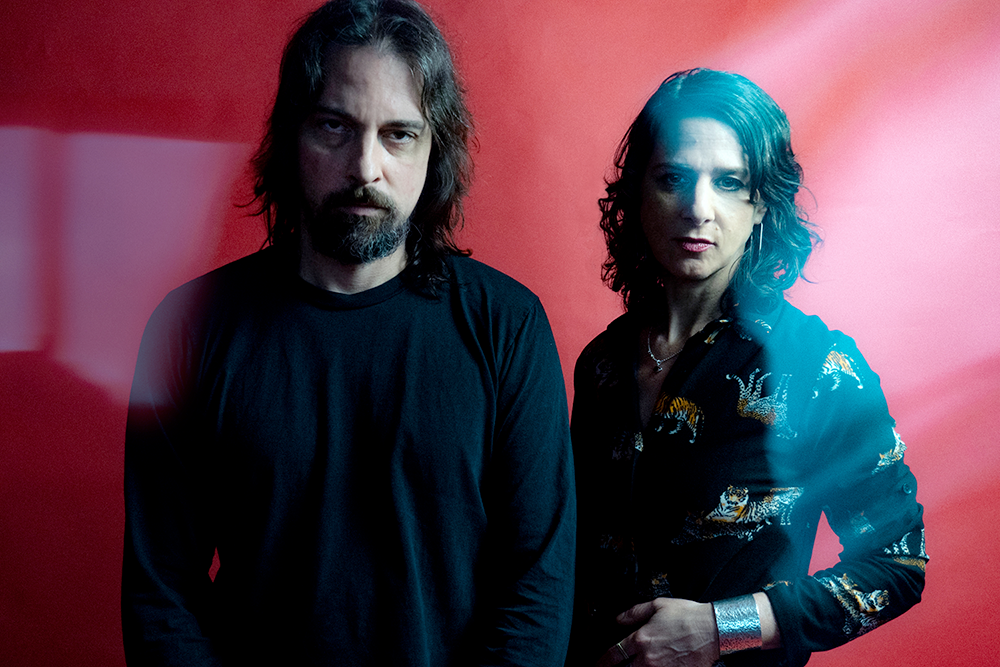 After years of working alone, live drums were added, showing that Schechter’s singular vision could also expand into heavier and more crushing territory within a collaborative space. The power that live drums brought to Insect Ark helped gather a new fan base in the avant-metal, psych doom, experimental and heavy-music worlds.

In September 2019, drummer Andy Patterson (SubRosa, the Otolith) joined. A month of rehearsals and a massive N. American tour with Finland’s Oranssi Pazuzu was the band’s laboratory to prepare a new album, to be recorded by NYC engineer Colin Marston directly after the tour. The result: “The Vanishing" (February 2020, Profound Lore Records). The EU tour in March 2020 for the album’s support was cancelled after one week due to Covid 19. Schechter made a short DIY mini-doc film documenting the ups & downs before, during and after the making of the album (the film is viewable HERE.) Schechter and Patterson stopped working together in early 2021, after 1.5 years of pandemic-related long distance disassociation.

In September 2021 "Future Fossils”, an exercise in the spirit of stark minimalism was released by Consouling Sounds – a collection of solo archived outtakes, excerpts, and live improv tracks from 2016-2018. Re-embracing solo work after a break of 7 years, the EP features three all-synthesizer solo tracks, in part recorded at a Guest Composer residency at EMS Stockholm. A live noise improv set, performed at a church in Brooklyn NY in 2016, finds Schechter on lap steel/synths, and former collaborator Ashley Spungin on synths/percussion. A short EU solo tour marked the release of the Future Fossils in Autumn 2021.

2022: Insect Ark has officially relocated to Berlin and now has the distinct honor to welcome drummer Tim Wyskida (Khanate, Blind Idiot God, Azonic). The intensely potent creative pairing of Schechter and Wyskida has already begun to bear fruit, as writing/demos for the new full- length LP progress. Both musicians share a distinct sensibility for distillation, with extreme dynamics and brutal power coupled with moments of deafening silence. This new material promises to be some of the most epic, twisted and crushing to date; and for the first time, limited special guests will contribute on the new album as well. Scheduled touring, festivals, and shows in Europe / N. America 2022 are to be announced shortly.