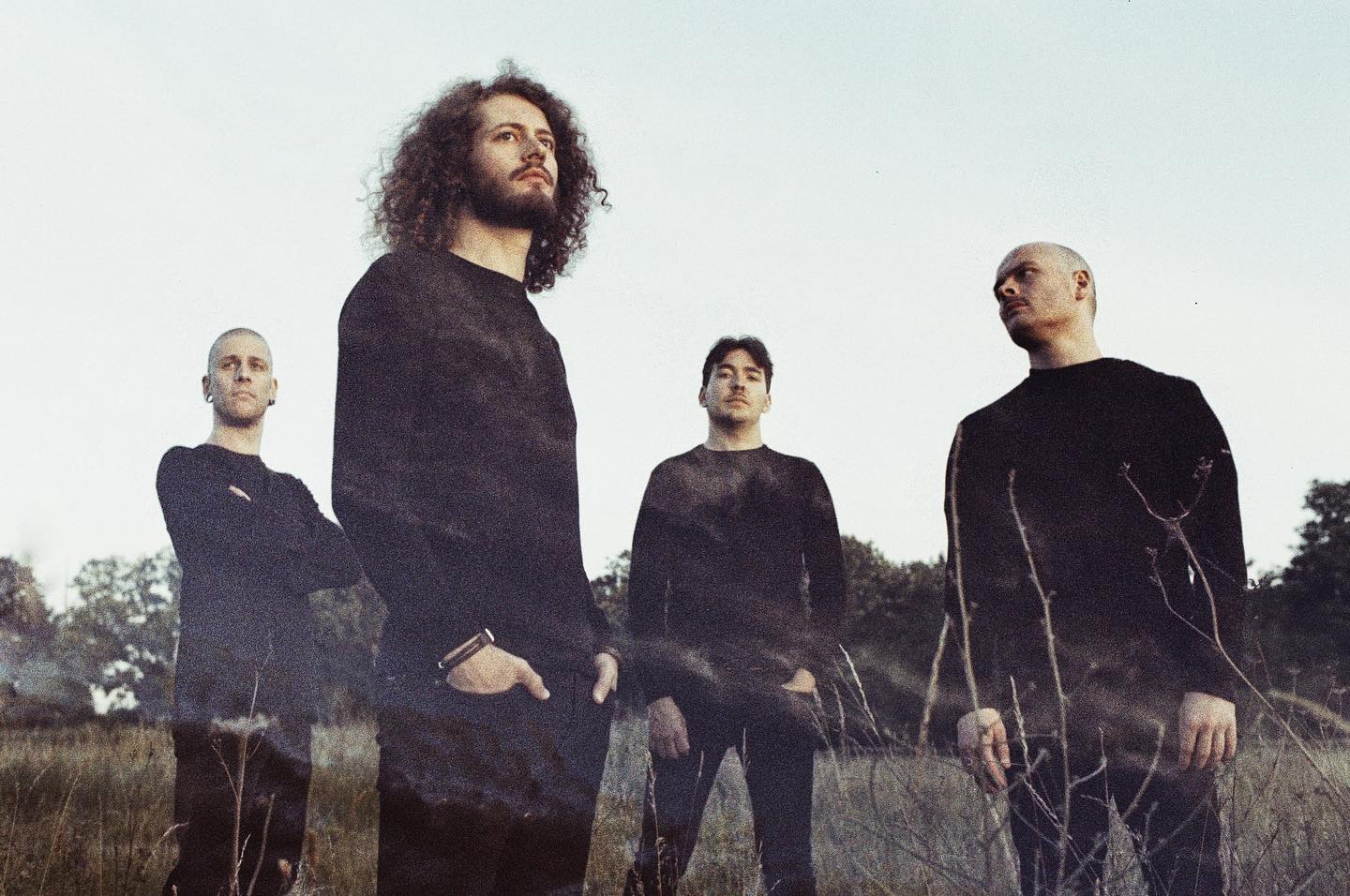 Formed in 2013 by Huata's Benjamin Moreau in Rennes, France, FANGE's line-up has gone through a multitude of forms over the years, stabilized with the arrival of vocalist Matthias Jungbluth (late Calvaiire & label-head of Throatruiner) in 2015 and the addition of bassist Antoine Perron in 2018.

With their shared obsession for stark aesthetics, bold moves and uncomfortable sounds, the band's music evolved as well, transfiguring their sludge roots with death metal then industrial influences. A singularity affirmed with an unexpected, brutal switch to drum machines on late 2019.

The result appears under the form of "Privation", their fourth full-length. Clocking in at 40 minutes and seven tracks, thenow-quartet raises the bar at every single level to serve their vision : writing more memorable, emotionally-charged tracks without sacrificing the maniacal abrasion of their previous material.

This album appears as FANGE's most expressive work, not afraidto balance their trademark wall of noise with more tempered elements. The recent addition of guitarist Titouan Le Gal (Epectase) allows the band to expand this purpose, with clean guitars channelling the bleakness of post-punk and cold wave.
Pursuing that same intent, vocals appears more versatile and nuanced than ever, while the striking work on sound design and production unveils new details with every listen. "Privation" is nothing but a tour-de-force in a now rock-solid discography, from a band that ignores how to play it safe, nor how to fulfill anything else than their own desires.