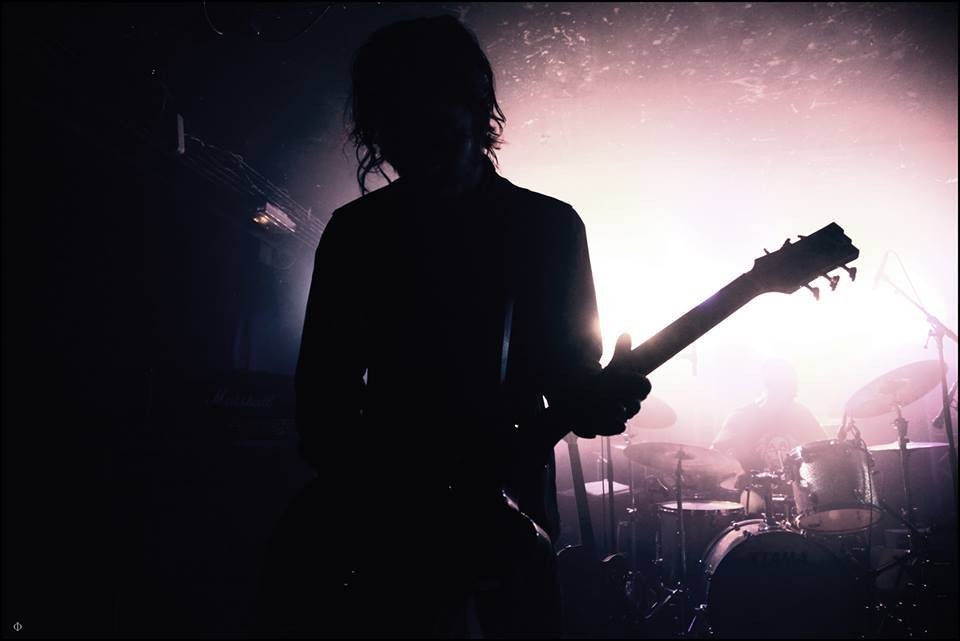 DDENT is the instrumental brainchild of guitarist and multi-instrumentalist Louis Lambert and drummer Marc Le Saux.

First EP "Chien Noir" (in reference to Churchill's "black dog" metaphor) sees the day in 2013, which quickly leads to the addition of live musicians to the project. This milestone that lays the foundations for a dark post-rock sound, inducing an inevitable spiritual and sensory journey.

Debut album "آكتئاب" (ektiheb; or melancholy, depression) was recorded at Skyhammer Studio (Conan, Electric Wizard, Napalm Death) in Liverpool. The eight tracks released in Feb. 2017 follow an instrumental thread, guided by enigmatic words: "Habouz", "Arzel", "Houri"… Coming from arab psalms, each one of these words and tracks depicts the melancholy and depression of a horseman, a poet. With "آكتئاب", DDENT sees its music blossom into a more massive and industrial-sounding post-metal, providing the listener striking otherwordly sensations, an invitation to introspection.

Their second album “TORO” (also recorded at Skyhammer Studio) was released in Feb. 2018 and deals with the search of truth through creation. The titles all refer to Federico Garcia Lorca’s volume of poetry “Llanto”, as well as the underlying concept of “duende” – the creative force that possesses the artist and against which he is forced to battle in order to give life to his art. The album’s main character is on a quest to find truth, in a creativity-free world. Nevertheless, without creation, truth can’t be, without creation, spiritual death is inevitable.